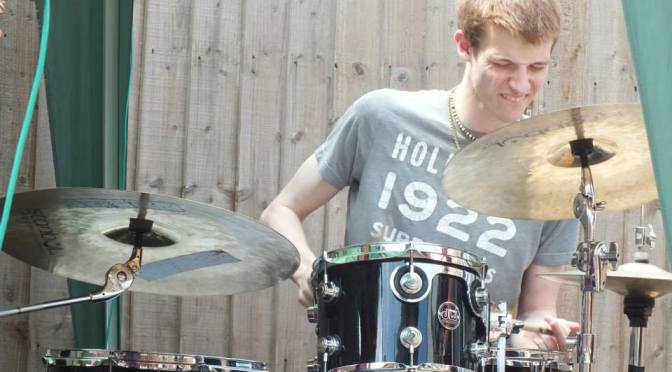 ‘Sean is not only an excellent drummer with a great ear and brilliant timing, he is also extremely professional in his attitude and conduct. I have had the pleasure of playing with him regularly and as a bass player find him extremely easy to work with because of his feel for the groove.’ George Beastall

‘I have worked with Sean in various musical settings. He is an excellent drummer but more importantly a great musician. He plays what is needed for the music and listens carefully. He is really reliable both musically and personally, cares about his playing and is really easy to work with.’  Dave Evans

‘Sean had phenomenally big shoes to fill and to say he filled them successfully would be the understatement of the century. I was impressed by his commitment, humility, dedication and his artistry.’ Thanda Gumede

‘I’ve only gigged as a dep with Sean so I have full experience of hearing him fresh from a rehearsal with little knowledge of his background in music. He locks down a groove and gives nobody a reason to fall out of the pocket and I’ve always said that, regarding a session drummer, if you don’t notice them other than the tasty moments, that’s a good drummer! Sean is definitely reliable and professional in what he does.’ George Holliday

‘Having worked with Sean on a number of live performances, I have always been impressed by his versatility as a musician as well as the courteous and professional manner which he shows towards his fellow musicians.’ John Marley

‘Sean is one of the most hardworking and talented drummers I have worked with. He is always punctual for rehearsals and early for gigs. When we collaborated on my original material he brought life to the rhythm section and feel to the song. Most importantly, he is funny, happy and a great person to be around which makes working with him really enjoyable.’ Louie McDonald

‘Sean and I have played in a variety of different contexts, covering a range of different music, most recently as part of the Tom Gee Band. In addition to being a tremendously creative and musical drummer, Sean is also huge fun to play alongside: he’s able to go away and learn drum parts note for note ahead of a gig, should it be required, but then live he’s also able to weave in little musical quotations of the other band members into his own playing, usually accompanied with a wry smile! Sean is a terrific drummer and on top of that he is a thoroughly lovely person and I could not rate him highly enough!’ Jim Moore

‘Sean is a great guy to work with. He is reliable, turns up early and always puts lots of work into learning the set, even with no band practice time. He is a responsive musician and able to interact with the other musicians; a versatile drummer and adapts well to different musical styles.’ Jon Scully 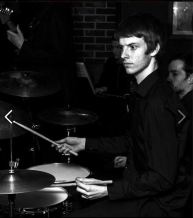 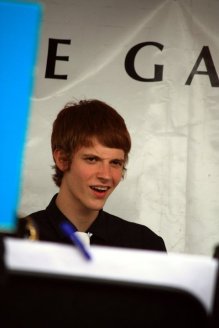